Lynn Schooler’s book “The Last Shot – The Incredible Journey of the CSS Shenandoah and the True Conclusion of the American Civil War,” (Harper Collins, $25.95 U.S.) about the last Confederate Navy ship to conduct operations is a scholarly historical account and a riveting sea story.

The Confederacy took several cruisers up from the British merchant trade to prey on Yankee shipping.  One such ship, the 220-foot Indiaman Sea King, was outfitted for a wartime role and commissioned as CSS Shenandoah.  Her orders were to capture and destroy Yankee merchant shipping and “seek out and utterly destroy” the Yankee whaling fleet.

The Shenandoah’s 122-day cruise took her around the world, with the Union Navy in pursuit, being the only ship flying the Stars and Bars to circumnavigate the globe.  She attacked and sunk 38 ships, many of which she burned after the war was formally over.  This fascinating book has espionage, intrigue, politics, storms and some of the most unlikely operations by an unlikely warship, all part of a dying cause.

This site uses Akismet to reduce spam. Learn how your comment data is processed. 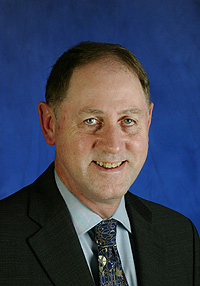